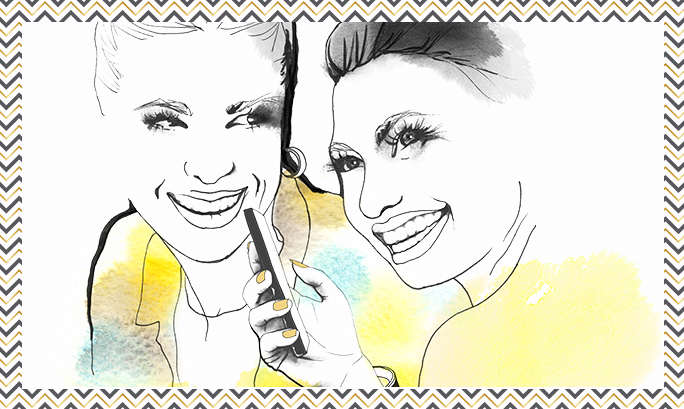 1. WHAT MAKES THE ORIFLAME OPPORTUNITY SO SPECIAL?
It’s a combination of things that makes our opportunity genuinely unique. And I would say nearly all of those things are strongly connected to our Swedish heritage. For example, when we say our opportunity is accessible to everyone, we really mean it. Unlike many of our competitors, becoming an Oriflame Consultant is very easy and risk-free. And once they join, it’s totally up to them to decide how much they want to work. No pressure to hit sales targets. No hidden catches. Only the opportunity to grow and become as successful as they desire. I think that’s quite a progressive business model.

2. CAN YOU SHARE SOME SUCCESS STORIES?
I’m not quite sure where to start. It’s not only the huge amount of stories, but also the wide range of success – both financially and emotionally. For example, I recently heard about a Consultant in Poland, a part-time government office worker who joined Oriflame simply to do something with her free hours. Apart from making some extra money, this lady really enjoyed getting out and meeting people. So much so, she soon become the social hub of her town – with a huge customer base. She has no ambition to recruit others or build a network, but just to meet others and earn some extra money. She’s enriched her daily life, her personal pride, and we think that’s fantastic.

Unlike many companies, we often advise our Consultants not to invest in inventory. Because we know there’s always a risk of not being able to sell all the products. And that’s just not a sustainable way to run a business.

Another example is this couple from India who joined Oriflame for one main reason – to help ensure their daughter gets a good education and the best chance in life. Thanks to Oriflame – and their hard work – the daughter ended up going to a great university in America, got a law degree, and now has a great job in a global company. Even more, the couple themselves have become Oriflame global Leaders, helping thousands of others to change their lives for the better, too.

3. TAMILLA POLEZHAEVA IS A SYMBOL FOR SUCCESS WITHIN ORIFLAME. CAN YOU TELL US MORE ABOUT HER?
It’s been a few years since she passed away, but she remains a constant source of inspiration for the many thousands lucky enough to meet her. I feel honoured to have sat down, listened and discussed with her several times and then also to celebrate her achievements at our global conferences. She was unstoppable! So positive and determined. I think she probably heard more people say “no thanks” to joining Oriflame than anyone else, but she just kept going.

The relationship between management and her was a real partnership, and we built an enormous business together. The fact that Oriflame had to keep adding higher steps and titles to the success ladder – just to keep up with her success – says it all.

Here’s a good anecdote: A guy once approached Tamilla at an event and bravely announced, “I’m going to outrun you, Tamilla!”. To which Tamilla immediately answered with a sincere look on her face, “How can I help you with that?”. Surprised and confused by this, the man apologised and said he was only joking. But Tamilla replied, “I wasn’t joking. Really, how can I help you?”.

It’s a fantastic example of how caring, inspiring and engaging she was. Her spirit and legacy is now carried forward by her husband Vladimir and daughter Schnezana.

4. IS THERE A RECIPE FOR SUCCESS?
You see a common pattern with all our Leaders, and also with the people within Oriflame management. It’s not about having huge egos – only a huge inner-drive and determination to do the best you can. In fact, you could say most are very “ordinary” people. No prestige. Just warm, down-to-earth people who don’t give up.

5. WHAT’S THE NEXT BIG OPPORTUNITY FOR ORIFLAME?
The development of new digital tools for our Consultants and Leaders – no question about it. With the right tools, in the right markets, Oriflame’s potential for rapid growth is truly enormous. Especially when combined with our special culture.

A Quest for Perfection – Our Quality and Standards

Meet Our Founders: Robert and Jonas